An inspired and inspiring heartfelt cuisine 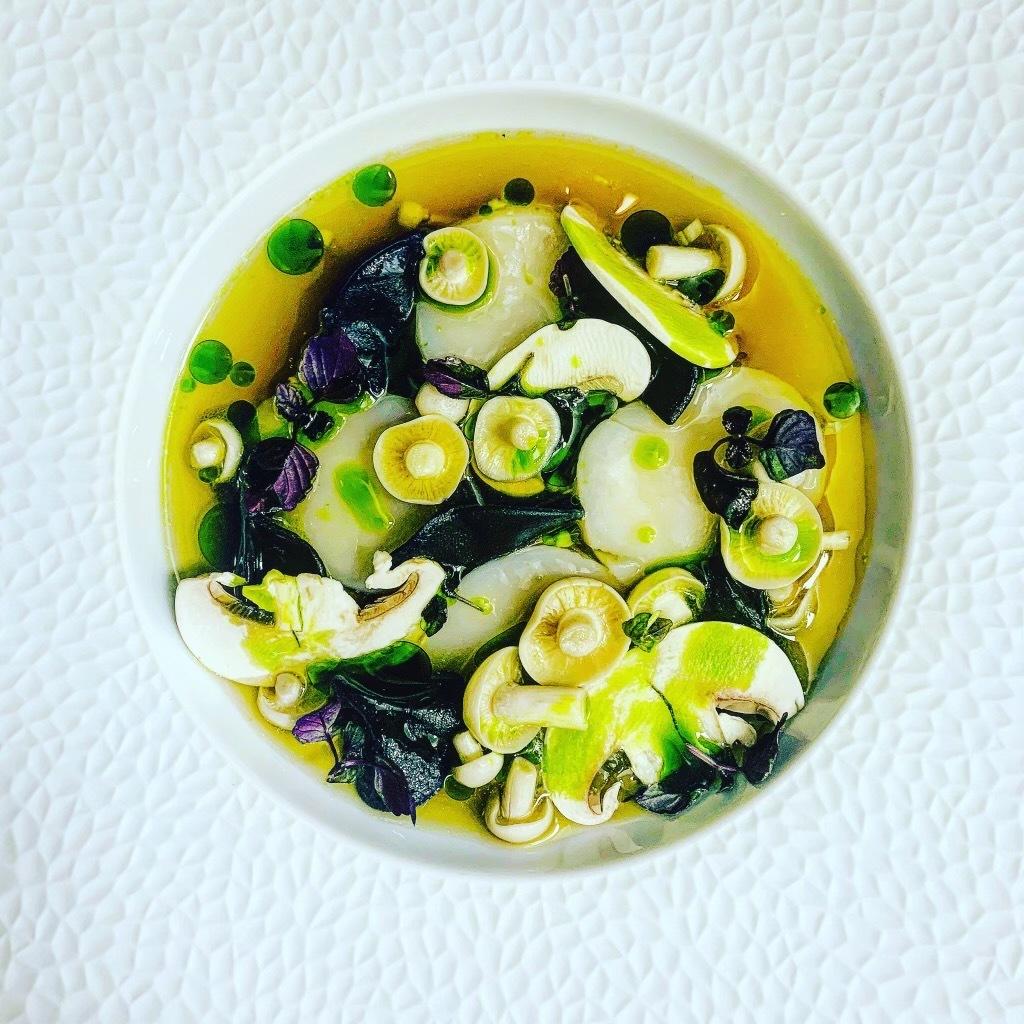 A sublimated primary material, a play of unexpected textures and a perfectly balanced seasoning.

At a very young age, Bruno Aubin left his family home for the hospitality school in La Rochelle, where he studied for his BTS. He then did an internship in Saint-Emilion, at the Hostellerie de Plaisance (two stars) with Philippe Etchebest: "This internship marked me for life, I still remember everything. That's what gave me a taste for gastronomic cuisine."

After a training period at the Four Seasons in Cannes, Bruno joined Chef Eric Fréchon at the three-starred Bristol restaurant in Paris.

He then participated in season 12 of Top Chef and since 2019 is the chef of the 5 star hotel Le Narcisse Blanc in Paris.

Bruno Aubin has fun multiplying the textures, mixing the coulis with the crushed, the bisque with the sabayon, the creamy with the mousse, but also the seasonings, from the turn of the Malabar pepper mill on the fish to the pinch of chili pepper which, with a gesture, refreshes the dish!